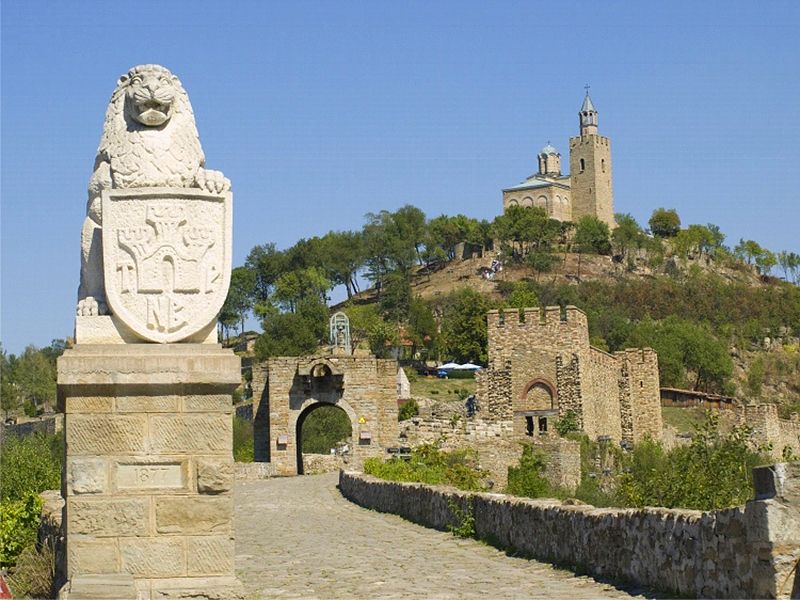 Foundations of the Christian faith, the early Christian basilicas were built upon the ruins of antique Thracian and Roman settlements. In the recently established Bulgarian state (7th – 10th centuries) some of the Bulgarian basilicas were built to be the most important places serving as places for coronations, for charismatic anointment of the sovereigns and their successors, or as burial places for the members of a ruling dynasty, and sometimes, as their premises. Some other were built to symbolize the Bulgarian Kingdom reaching the peaks of its power.

Grandiose monuments, these splendid cathedrals were constructed in a very specific architectural style of Eastern-Byzantine synthesis. Little is known today about their appearance. There is a reason to believe, however, that they were richly adorned as were the neighboring palaces.

In the 18th – 19th centuries, during the Bulgarian National Revival, the Bulgarian church went beyond its prime objective and became a part of the nationwide movement for political and cultural liberation. The erecting of churches in prominent places in towns and villages became a matter of national prestige. Ironically, many Bulgarian basilicas had served along the centuries several religions: Paganism, Christianity and Islam. Abandoned or destroyed, they were reconstructed and reinstated as churches or mosques depending on the turns of History.

The Bulgarian fortresses – impressive monuments of the fortification architecture on Bulgarian lands have gone through times of grandeur and fall. Swimming out of the darkness of forgetfulness, having survived the stormy tumult of the centuries, these strongholds are silent witnesses of blood-shedding battles and fateful events in Europe on a very important crossroads, the Balkans – an arena of fierce hostilities along the millennia.

Usually erected upon the ruins of Thracian settlements, in the times of the Thraco-Roman civilization they were rebuilt as military, administrative and religious centers to form a system of Roman borderline fortifications.

During the Great Migration of Peoples the fortresses were maintained in efforts to stop the destructive pressure exerted by tens of peoples coming either from the ice-frozen steppes and marshlands of present-day Russia or from the deserts of Asia (Bulgarian historians have counted as many as 54 peoples assailing those lands between 3rd – 5th centuries AD).

Already an European super-power, during its seven-century presence on the European political stage the medieval Bulgarian state had balanced or countered the ambitions of the Holy Roman empire in the West and Byzantium in the East. The Bulgarian fortresses, on the other hand, were a barrier to withstand the waves of barbarians dashing at Europe and to the onslaughts of Muslims invading it, thus guaranteeing the development of the European West.
The Bulgarian fortresses – silent symbols of consolidation, might and agony, and surrounded with countless legends, remain deeply in the souls of Bulgarians, reminding for the times of the medieval Bulgarian Kingdom.

Embark on one of our cultural tours across Bulgaria, around the historic heart of the Balkans, and explore the medieval highlights that this region of Eastern Europe is famous for.

Travel-Bulgaria-Tours.com is owned and managed by 'Altours BG' - licensed and privately owned Bulgarian tour operator located in Sofia, Bulgaria. Specialists in the art of cultural travel for American, Canadian and Australian tourists, we have been operating quality tailored private and group cultural tours for over 20 years. For more information click here.